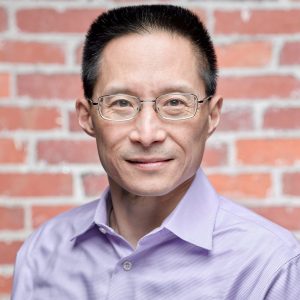 Click on the photo above to open a large image which can be saved for use.

Eric Liu is the co-founder and CEO of Citizen University, which works to build a culture of powerful and responsible citizenship in the United States. He also directs the Aspen Institute’s Citizenship & American Identity Program. He is the author of several acclaimed books, including The Accidental Asian Notes of a Native Speaker; The Gardens of Democracy (co-authored with Nick Hanauer); You’re More Powerful Than You Think: A Citizen’s Guide to Making Change Happen; and his most recent, Become America: Civic Sermons on Love, Responsibility, and Democracy — a New York Times New & Notable Book.

He has been selected as an Ashoka Fellow and a member of the American Academy of Arts and Sciences. He is featured on the PBS documentary American Creed and is a frequent contributor to The Atlantic. Liu served as a White House speechwriter for President Bill Clinton and as the President’s deputy domestic policy adviser. He was later appointed by President Obama to serve on the board of the Corporation for National and Community Service. He and his family live in Seattle.

Looking for the Citizen University logo? Find it here →